So they launched a recruitment campaign that included money and equipment to revive printing classes at the Des Moines school district’s Central Campus facility.

About 40 students per semester now learn to draw designs, make plates, mix inks, print, fold, assemble, trim, and prepare themselves for jobs in the industry.
“This is fairly unique, but the need is out there,” said instructor Jeff Bock.

Experts say the demand for trained workers in Iowa has grown faster than the supply. They say the shortage will reach 150,000 within the next five years, which is forcing employers and educators to join hands in a way not seen since the 1980s.

It seems like a problem with a ready-made solution: Enrollment in high school career programs is up, and community colleges are bursting at the seams.
But a decades-long emphasis on preparing all high school students for college has gutted or eradicated some key technical programs. Graduation requirements have also increased, which means less time for electives like auto mechanics. And the perception persists that trade courses are meant to fill blue-collar aspirations and little more.

“The public perception is still, ‘You’re the vocational kids, you’re the ones who aren’t going to college,’ ” said Jason Kiker of the Association of Career and Technical Education in Arlington, Va.
Kiker said tech students “aren’t the ones who are just looking like they’re going to fail out of school, but they’re the ones that are also designing the next level of bridge we’re going to be crossing.”

From welders to mechanics, travel agents to dental hygienists, U.S. workers trained with specific skills will be harder to find as baby boomers retire, studies show. The trend will likely be more pronounced in Iowa and other states with aging populations.
“You can’t get your plumbing fixed in China. If your car breaks down, you can’t send it to Japan,” said Julie Rosin, assistant director at Central Campus. “These are local jobs.”

The situation is not new, and it typically arises before and after major U.S. economic shifts.

Technical education in America can be traced to colonial apprenticeships – except then, the emphasis was reversed. The first education law passed in America specifically required masters to teach apprentices academic as well as vocational skills. The topic was hot again in the early 1900s, when the country struggled to meet labor needs as the economy shifted from agriculture to industry.
After decades of education reform aimed mostly at better preparing kids for college, “there is increasing concern that the United States is not adequately preparing a growing pool of new workers … for productive, successful roles in the work force,” according to Howard Gordon’s “The History and Growth of Vocational Education in America,” written in 2002.

A similar sentiment drove education reform in China in the early 1990s, with an intense emphasis placed on job training in schools. In 2001, the government counted 17,770 vocational high schools and specialized skill schools.
The number of U.S. high school and college students in career and technical classes rose, too, to 15 million in 2003-04 from about 9 million four years earlier. In Iowa, the number grew to 206,896 in 2006, up from 149,585 four years earlier.

But that doesn’t necessarily mean there are more carpenters and auto mechanics in the work force. The definition of career and technical education has evolved to include even business management and education jobs, according to the Iowa Department of Education.

Nearly all vocational programs at Des Moines Area Community College — the state’s largest community college — have waiting lists, DMACC President Rob Denson said.
But lawmakers will pass a state budget this spring that could include a $11.4 million gap between what two-year schools say they need and what Gov. Chet Culver recommends. Republicans predict the Culver budget would trigger program cuts and higher tuition, both of which would close doors for many high school graduates who want technical careers.
Kiker, of the national tech education group, said that despite changing definitions of “tech ed,” the focus should be on “forgotten middle jobs” that typically require at least two years of college or special certifications.

The problem is that well-trained students often see more appealing options in other states or at four-year schools.

Elle Ploessl-Dougherty, 18, a culinary arts student at Central Campus, said she had never thought about a “career and tech” occupation until a West Des Moines Valley High School teacher suggested she try the culinary program.
“When my teacher first said I should go to Central Campus, I thought, ‘That’s where all the bad kids go,’ ” she said, referring to Scavo alternative high school, which shares the building. “But now I’m here almost all day. It’s for sure what I want to do.”

Boosting career and technical education will be costly. Equipment is expensive. Instructors, many of whom could make more money in the private sector, are difficult to find.
Small school districts have banded together and, in many cases, joined with community colleges to increase what’s offered. An example is the Hunziker Center in Ames, a partnership between DMACC and several Story County school districts. It opened in 2006 and trains high school students during the day and college students at night.

DMACC’s Denson said he thinks Iowa will see more partnership projects in the next few years but that private donations will be counted on in many cases. Educators say such efforts help blend academics and hands-on training.
“It used to be you could learn how to repair cars in a back alley. Today, it’s all computer-driven. The diagnosis is done by computers, the repair work is done with the use of computers. Everything is at a higher level,” Rosin said. “Included in that, you have to know the math, you have to know the science, you have to be able to read technical information.”

At Central Campus, where more than 900 Des Moines-area students are in career and technical programs, half of the students simultaneously earn core credits and learn technical skills. Students in the fashion and textile art program, for example, get English credit for a project in which they interview clients, design wardrobes for them and create storyboards explaining how they can use the creations in daily life.
District officials continuously brainstorm with business leaders on class possibilities, such as programs in energy and wind resources, entrepreneurship, real estate and finance, insurance, and forensics, said Gary McClanahan, director of Central Campus.

Late last year, Des Moines school officials abandoned plans to build a $25 million career and technical center. They instead set aside $14 million to renovate Central Campus. Superintendent Nancy Sebring nonetheless maintains that career and technical programs will be a priority.
“Technical education needs to be really on the front burner,” she said. “Everybody is talking about work force needs now and in the future.”

Although many businesses help schools with equipment or money, opportunities such as job shadows and internships are just as important, educators say.

Input from business leaders and faculty members at community colleges have helped reinvent several tech programs at Central Campus, Rosin said. The licensed practical nursing certificate program was turned into a nurse aide program to give students more career flexibility after graduation. Job shadowing is also part of the mix.

Partnerships also allow high school students to get a head start on a two-year degree. Every career and technical instructor at Central Campus is also a certified DMACC instructor, so students earn both high school and college credit. Leaders say they foresee a day when students can earn a two-year degree by the time they graduate from high school.
As for gaining the skills that eventually earn students paychecks, “it’s all about on-the-job training,” said Lowell Dudzinski, service manager at Charles Gabus Ford, where Central Campus auto students routinely do internships.

What high schools “teach those kids and what information they put in kids’ hands is really great,” he said. “But until they get out and actually work in the field, that’s where the real learning happens.

“It’s a lot more than nuts and bolts anymore.”
Dudzinski said businesses should step up to help train students because such partnerships are key to cutting worker shortages.

BEAUTIFUL MEMORIES AT THE CAMPUS 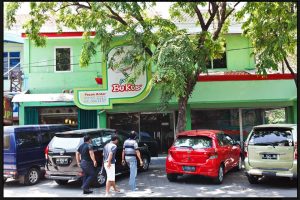 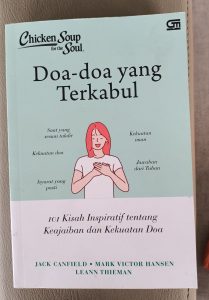 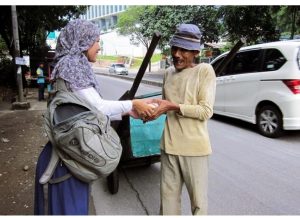